Rhodium – What Is It? 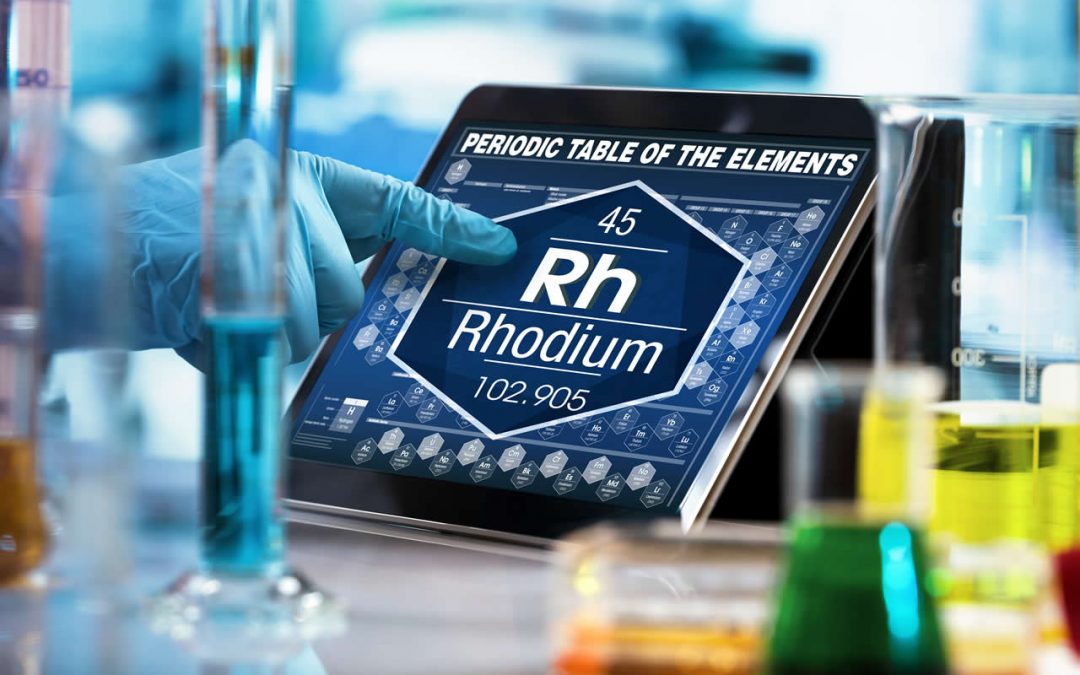 Could it be the name of a newly discovered planet located by NASA that’s lurking just outside of our solar system… or is it perhaps the title of the latest ‘must-have’ virtual reality game on Xbox? Unsurprisingly, the answer to both questions is no. The real and slightly duller answer is that it’s an unassuming, everyday metal that lives inside the catalytic converters of most modern-day road cars. This unsung hero of the anti-pollution world does its job day in, day out, without most of us even knowing its name.

If you were really studious, sat up straight and paid close attention in physics class at school, you may just have a vague, albeit foggy recollection of rhodium being a chemical element with the symbol ‘Rh’ and an atomic number of 45. For those of us less inclined, here’s a more everyday explanation of what rhodium is.

Much like gold or platinum, rhodium is part of an elite group of the so-called precious metals found on earth. More specifically, it also belongs to the ‘platinum-group‘, an even more elite gathering consisting of six very rare metals. This sexy six are: ruthenium, rhodium, palladium, osmium, iridium, and, of course, platinum. Don’t worry if you’ve never heard of most of them; most other people haven’t either. 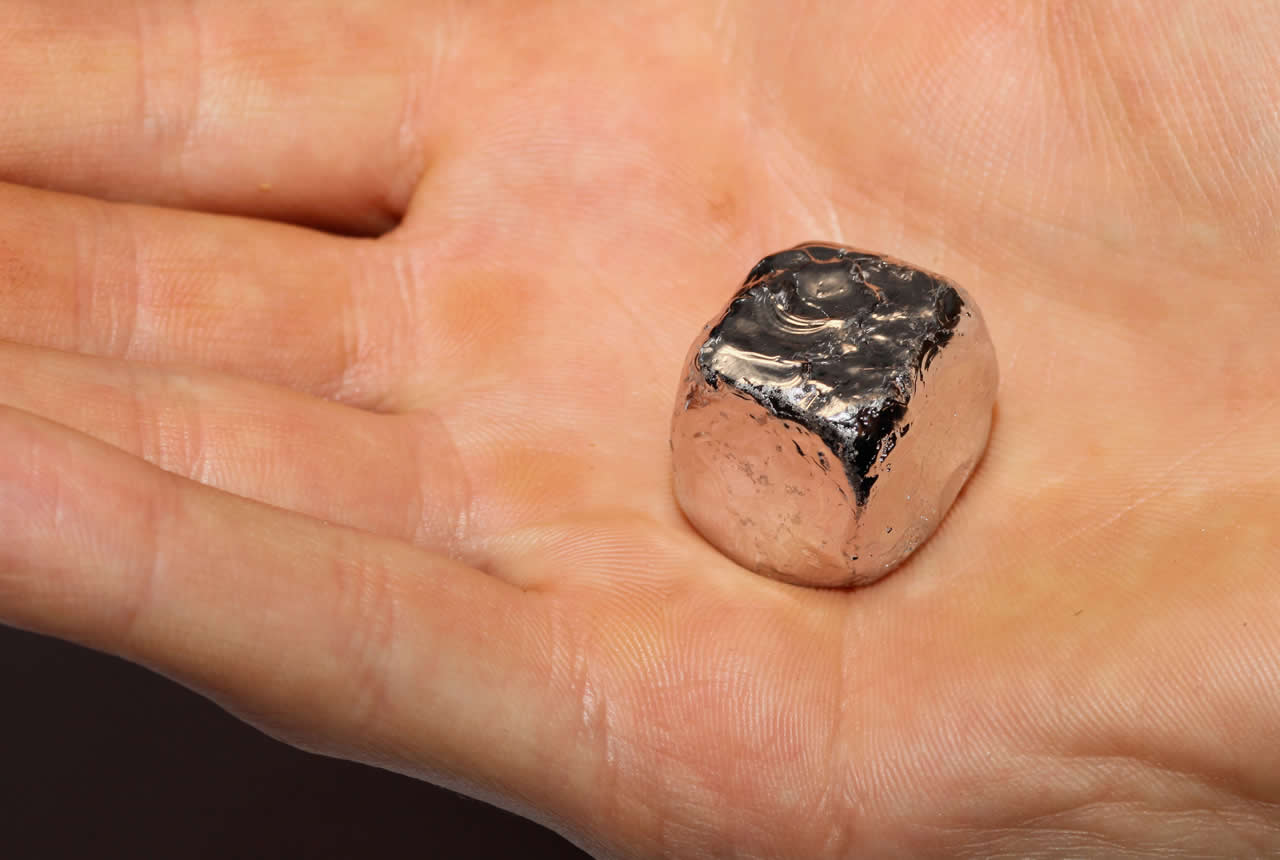 Rhodium is rare; very rare. In fact, it’s rare enough to be described as “one of the rarest and most valuable precious metals” by its Wikipedia page here. If you visited the link and read the page, you may also have noticed that it states that, in 2007, rhodium’s price was valued at 8 times that of gold. Yep, it really is that rare. So, if it’s that valuable, how come the vast majority of us have never even heard of it? Moreover, why aren’t we all wearing rhodium jewellery?

If rhodium is so mind-bogglingly rare, why don’t we see it draped around the necks of today’s rich and famous? Aside from the obvious cost implications of buying rhodium in any meaningful quantity, there are a few other reasons why rhodium isn’t particularly common as a jewellery item.

The colour of rhodium

Firstly, it’s silver in colour… a bit like that other precious metal we’re more familiar with… SILVER. In other words, why buy something silver in colour when you can get far, far better value for money by simply buying silver? Having said that, rhodium is often used to electroplate both white gold and platinum jewellery in order to give them a more pristine, reflective surface. It’s also used to coat sterling silver to stop it from tarnishing (going dull or blackening), which is the most obvious, age-old problem with silver jewellery, it tarnishes relatively quickly.

The difficulty of working with rhodium

This is the primary reason you don’t see rhodium jewellery more often; it’s so hard to actually make anything pretty out of it. Rhodium has a very high melting point and has notoriously poor malleability, meaning that making fine-detailed jewellery is incredibly difficult. So, it’s not so much the price that puts makers off, it’s simply because they can’t really work with it.

The only time that rhodium is ever really used in an ornamental capacity is when it’s given to someone to signify very high status or to reward a great achievement. For example, Paul McCartney was once given a rhodium-plated disc (and a nice big cake) by the Guinness Book of Records as recognition for being the all-time best-selling songwriter and recording artist in history.

What is rhodium used for?

Because it’s so rare, not much rhodium gets mined each year; only approximately 30 tonnes in fact, which is minuscule in global mining terms. Its practical uses in modern-day industries together with its scarcity are what makes it so expensive and so very sought after. If you’re in the catalytic converter industry as we are, it probably won’t surprise you to know that over 80% of ALL the rhodium mined every year goes into today’s “cats”, albeit in only tiny quantities. Because of this, catalytic converters are one of the most prized parts that are salvaged from scrap cars. There are also claims it can be found in trace amounts in the reflective surface of some car headlights too, although this claim has been debated and refuted by some. 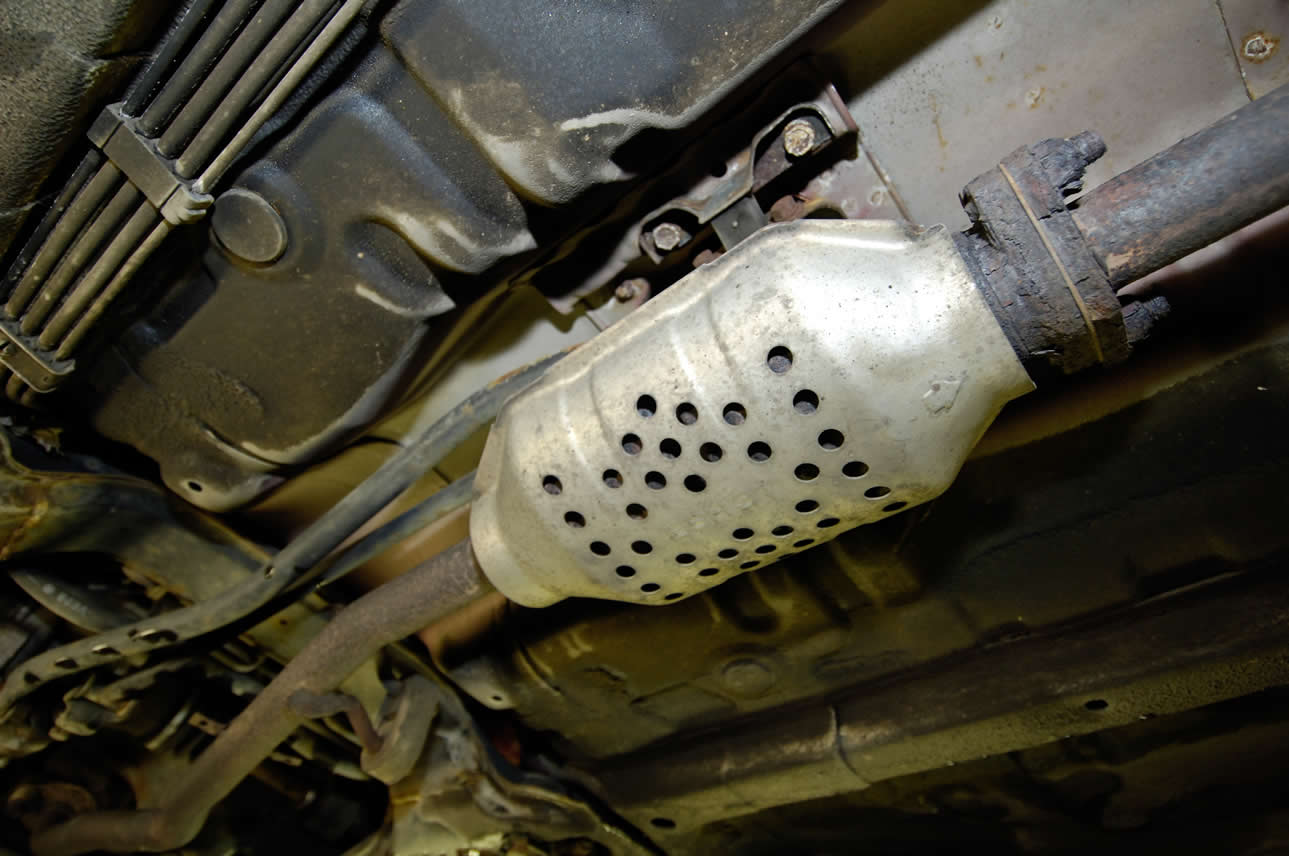 In the world of science, rhodium is used to coat optic fibres and optical mirrors. It’s also used in mammogram filters as well as doing the tough job of being part of the neutron detection process in nuclear power stations. In other industries, rhodium is used in the production of certain types of electrical contacts because of its anti-corrosive properties and you’ll also find it in the glass industry where it’s used to produce fibreglass and flat-panel glass. As well as all that, it can be found in furnaces, the nibs of posh pens and even aircraft spark plugs.

It’s still surprising that, given the fact that rhodium is so very precious, it’s not more famous than it actually is. If you ask ten of your friends if they’ve heard of it, the likelihood is that probably eight or nine of them will say no, despite most of them driving around with it underneath them (as part of their car’s exhaust system) day in, day out. Nevertheless, the weirdest thing you’ll probably come across regarding any rhodium factoid is that, along with platinum, you can also find it in potatoes… Yes, potatoes. Don’t believe me? – Well, here’s the proof 🙂