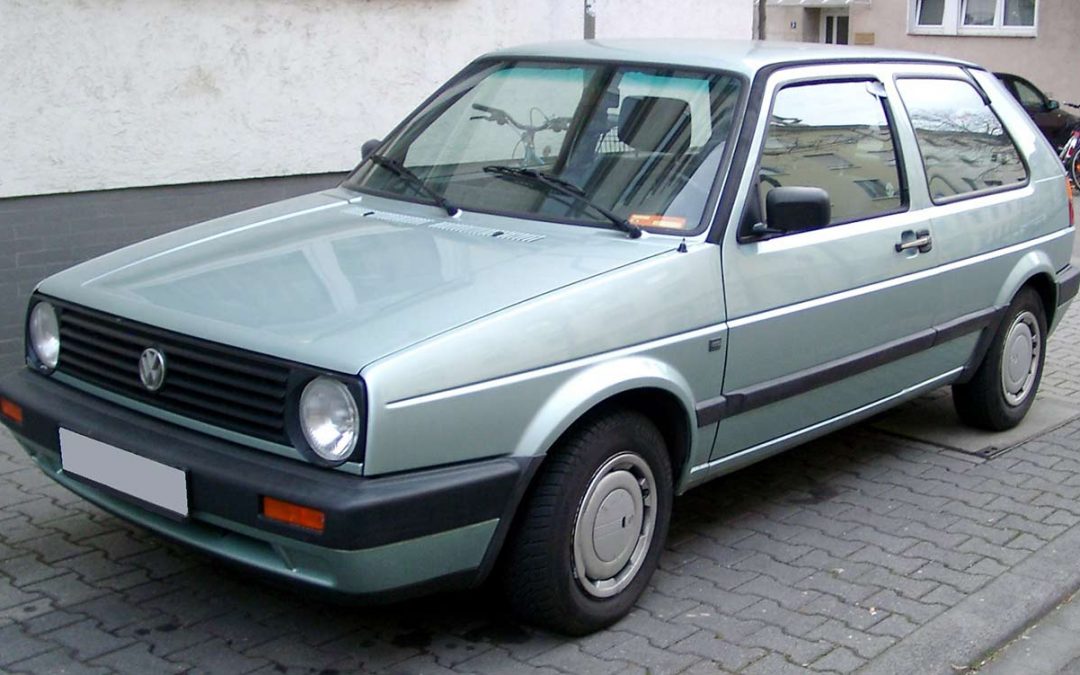 We very rarely see any Mk2 Volkswagen Golfs coming to our scrapyard these days, and for good reason. They’re now considered by many to be classic cars that are much sought after by enthusiasts and collectors. Back in the day, we’d crush a generous helping of these every month as they were one of the more common cars you’d see on Britain’s roads back in the mid/late 1980s and early 90s. Nevertheless, that was then and this is now.

How many MK2 Golfs were ever made?

Nowadays, if you’re an average driver who only uses your vehicle for local runs, it’s pretty rare to see one in an entire week in many places despite over 6 million (6.3 to be precise) of them being made. Although it sold well in the UK, the Mk2 wasn’t quite as popular as the Mk1 and, surprisingly, it never actually made it into the top 10 list of car sales throughout its lifetime. It did come close though, making position 12 in 1990 with 50,000 sales notched up.

When (and where) was it produced?

The very first MK2 Golf rolled off the production line in September of 1983 and the last one was produced in 1992. The car was designed by Herbert Schäfer and wasn’t just produced in Germany. Golf production plants were also in Belgium, Yugoslavia, the United States, Austria, South Africa and Mexico.

Ranging from the lowly and slightly sluggish 1.0-litre petrol engine, the engine’s size increased up to 1.8L, which included the much sought after Mk2 GTI. There was also a 1.6 diesel engine and a rarer 2.0L petrol engine mainly for the American market.

The rise of the hatchback

The Mk1 Volkswagen Golf had firmly cemented its place in both the UK and abroad partly because of its design – The hatchback was becoming more popular and the idea of a larger boot capacity appealed to many buyers. Unlike a saloon, the hatchback was more versatile when it came to larger objects. For example, if you bought a smallish or awkwardly shaped piece of furniture, chances are that even if it wouldn’t fit in a saloon car, it probably would in a hatchback.

You could also fit thinner, longer objects in hatchbacks as the back seat could also become a kind of temporary storage area. Even today, it’s still not uncommon to see the odd hatchback trundling down the road with a fence post or something similar sticking out the back; usually with a bit of string tying the hatch to the bumper!

Largely due to the success of the Mk1 Golf, front-wheel drive (FWD) cars were also becoming more popular. An FWD hatchback had a definite edge and as a result, the hatchback market was expanding. Other manufacturers were keen to get in on the act and this saw a raft of hatchbacks entering the market. There was Ford’s Mk3 Escort, the Vauxhall Astra, the Austin Maestro, the Rover and the Peugeot 309, to name just a few.

The bog-standard everyday Golf Mk2 that many people owned. There were both 3 and 5 door versions available and you could buy the C, CL and GL, GT and the lesser-known Carat model. 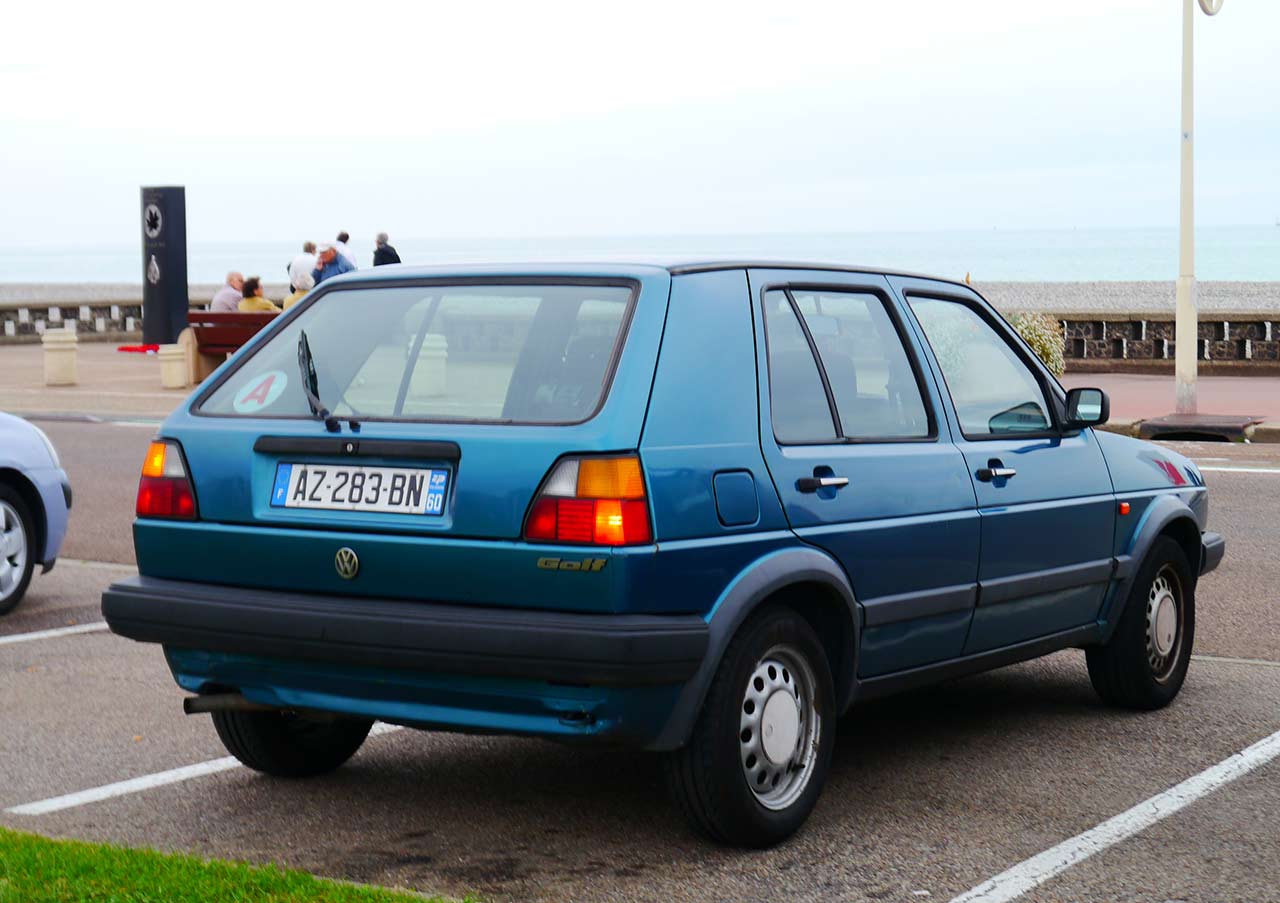 This 1.8-litre hot hatch doesn’t really need any introduction although it’s worth noting that the Mk2 GTI came in both 3 and 5 door versions. It didn’t always have the “GTI” badge on the front either. There was also a 16-valve version which was marked by discreet red-and-black “16V” badges on both the front and rear. 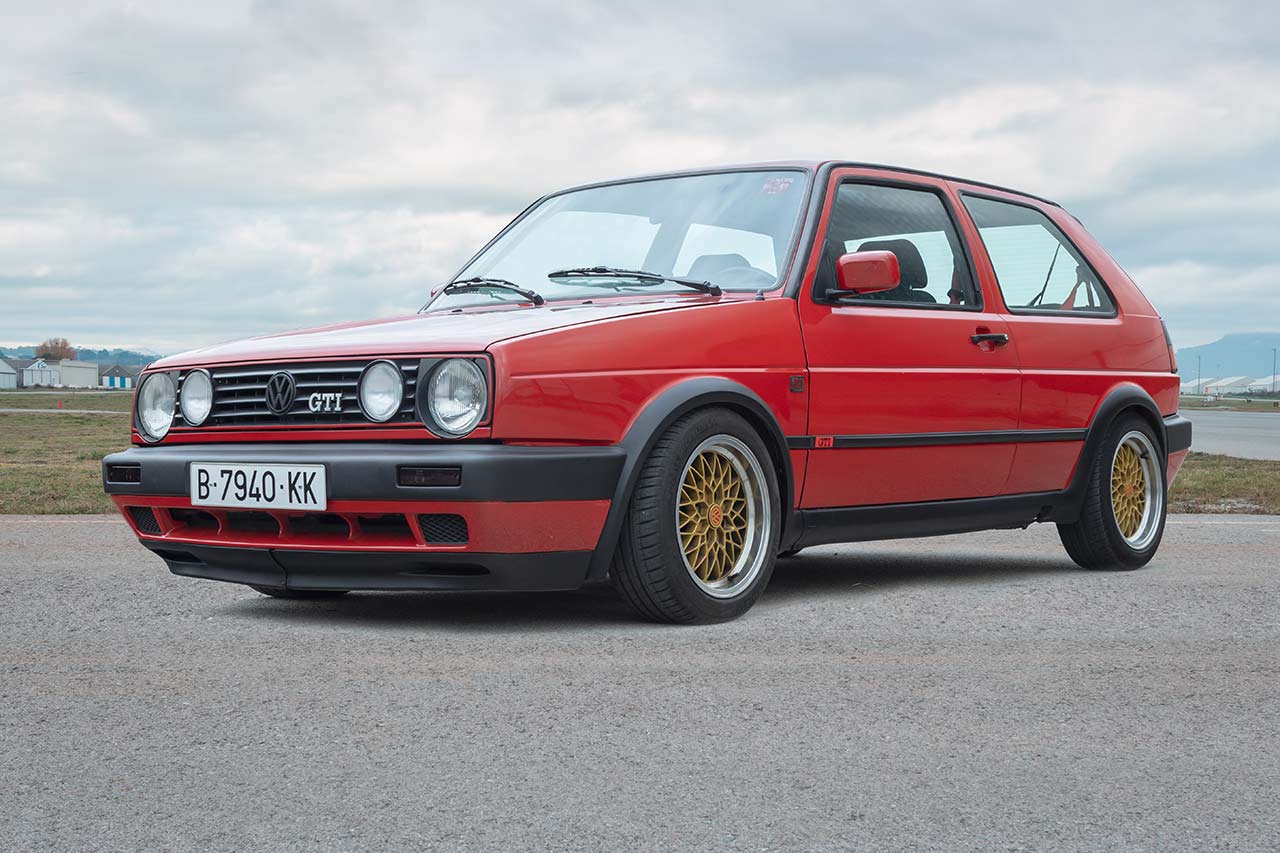 This one’s fairly rare. Only 26,000 four-wheel drive Syncros were ever built so you’ll be hard-pressed to spot one on today’s roads as only 1,000 were ever sold in the UK. It was around 160kgs heavier than a standard model and a fair bit more expensive to buy. You could only spot one by noticing a few discreet “Syncro” badges on it.

Only 71 of the “Golf G60 Limited” models were ever produced. The Golf Limited’s supercharged 16V engine produced 210 horsepower and did 0 to 60 in just over 6 seconds making it the most powerful VW Golf ever produced until 2003. The limited also came with a leather interior, heated and height-adjustable front seats, electric windows and mirrors, power steering, 4WD, ABS and a sunroof. 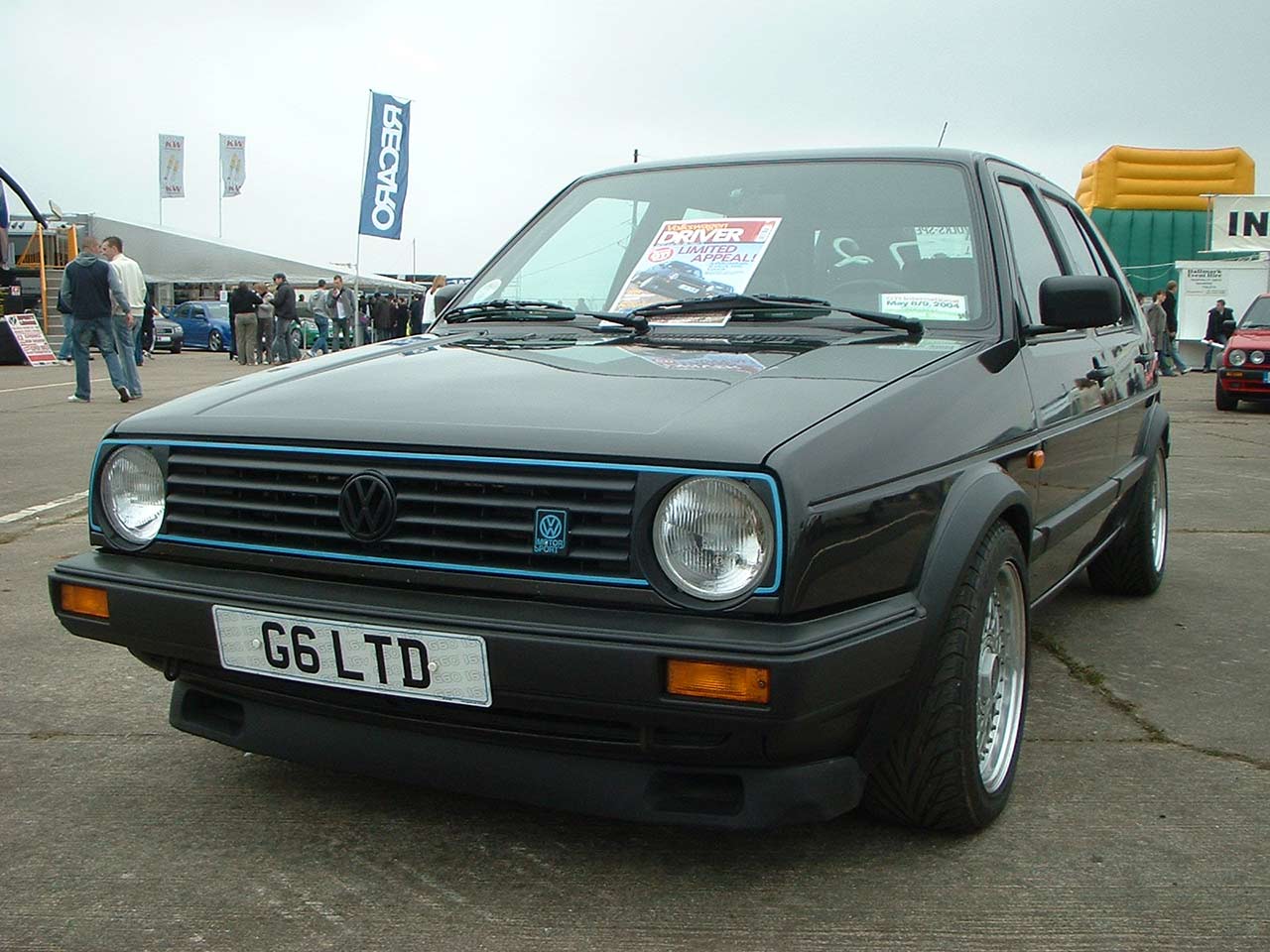 Only 5,000 mk2 Rallye Golfs were ever built. They were noticeable due to their box-flared wheel arches and rectangular projector headlamps. They also came with 4WD. 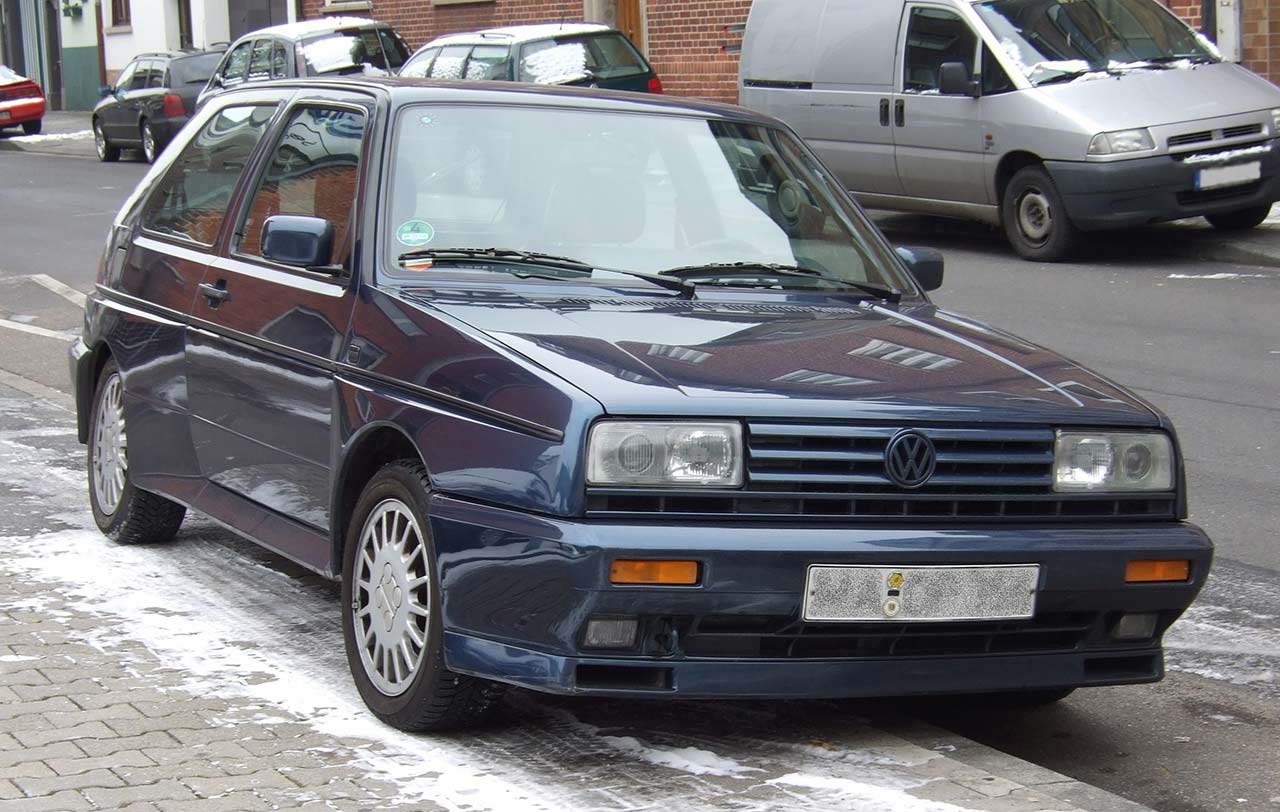 Only 7,735 Mk2 Golf Country models were ever built. The name pretty much sums them up. They were designed for medium off-road driving and had beefed-up suspension, Syncro four-wheel drive, improved ground clearance of 21 centimetres, front bull bars at the front and rear, a skid plate and an externally mounted spare wheel on the back. 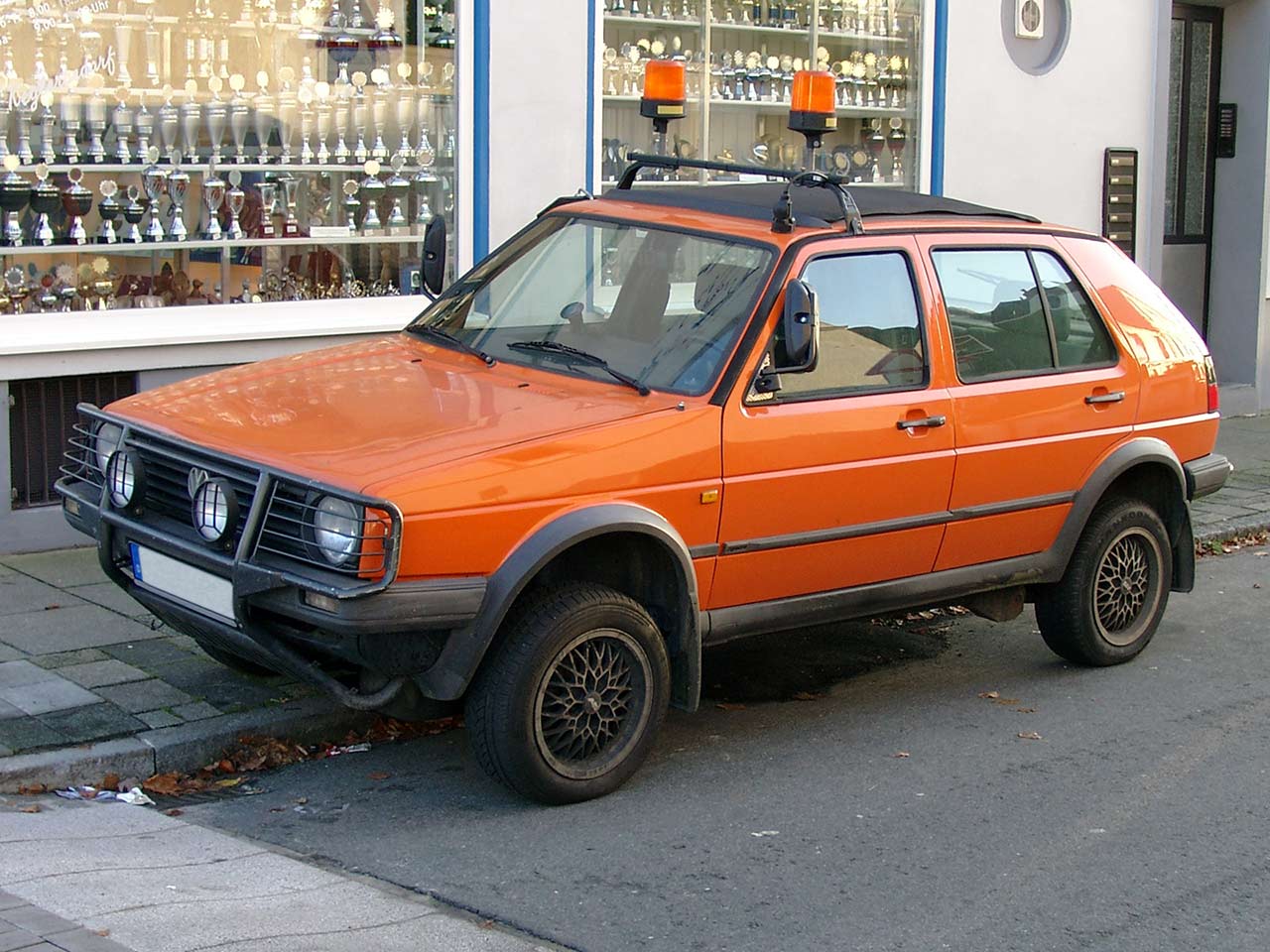 Even many VW enthusiasts aren’t aware that the MK2 Golf had an electric version. The citySTROMer was the first electric Volkswagen to enter production (although there was a prototype Mk1) The Mk2 citySTROMer only had a range of around 31 miles and was powered by 16 gel-electrolyte batteries mounted under the cargo area and rear seats. Just 100 Mk2 citySTROMers were ever built.

We’d love to hear from you if you’re lucky enough to own one of these old beauties and it’d be great if you could send us a picture which we’ll showcase on our site and on social media. Also, if you do own one, you may be interested in one of our previous posts highlighting our top tips on how to prolong the life of your car.

We look forward to hearing from you.