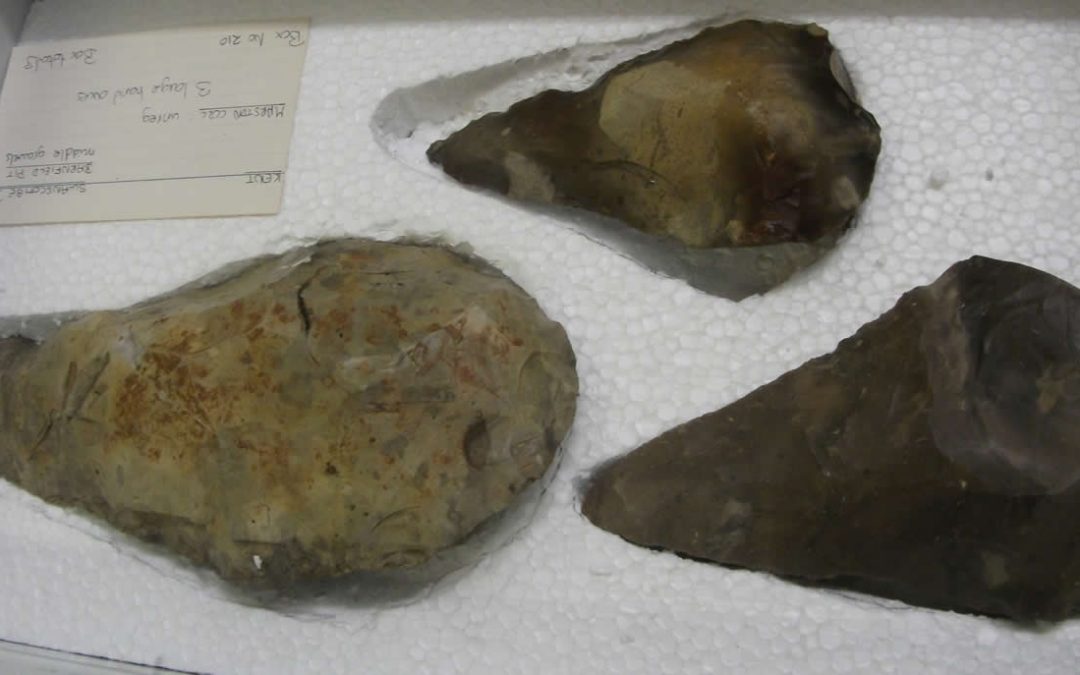 If you live in the Swanscombe or Gravesend area and are looking for relaxing places to go and stretch your legs, why not make the short trip to the Swanscombe Heritage Park? Aside from the park being the location where the Swanscombe Skull was found, it’s also a beautiful place to walk or cycle around.

Notable for the large hand-axe sculpture that graces the park, Swanscombe Heritage Park has a beautiful trail to explore which is littered with informative displays that tell you more about the park and its fascinating history, meaning you can walk and learn at the same time. The park also has a football pitch, a playground, open grassland, and of course, the now-wooded quarry where the Swanscombe Skull was first discovered. This prestigious park also benefits from being designated as a Site of Special Scientific Interest and a National Nature Reserve. 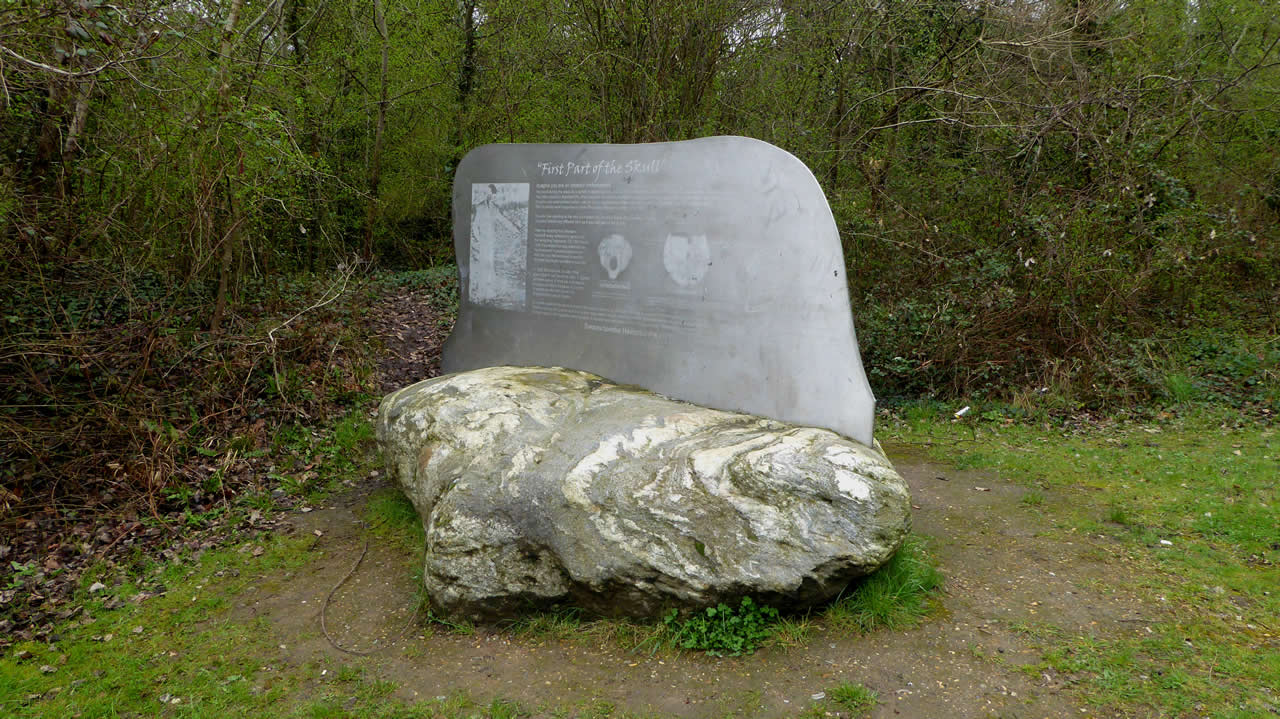 More about the ‘Swanscombe Man’ (or is it Woman?)

Our story begins back in 1935 when a keen amateur paleontologist named Alvan T Marston made a staggering discovery. Although Marston was a dentist by trade, his love of paleontology meant he often visited the area looking for new discoveries. Back then, Swanscombe Heritage Park was the location of Barnfield Pit, an active gravel quarry. As such, Marston reasoned that it would be an excellent place to explore since the workmen would have already done a lot of the hard work by digging large holes in the ground for him!

After some tentative additional digging, Marston uncovered part of the oldest skull ever to be found in Britain. His discovery was made at a depth of about eight metres below the surface on the face of the pit, thanks to the quarrying that was already underway. He noticed a small piece of bone sticking out and recognised it as being part of the back of a human skull.

At this point, he wasn’t sure what to do; should he leave it there so he could prove to others exactly where it had been found, or take it with him and risk controversy over his claim of its location?

In the end, he decided to remove the fragment but before he left, he marked the spot where he’d found it and duly asked the site foreman of the quarry to stop digging where it had been found, whilst he notified the British Museum of his discovery.

So the story goes, the response he got from The British Museum was somewhat lacklustre, and they didn’t really seem to be interested. Feeling frustrated yet undeterred by this, Alvan still spent most of his spare time at the weekends looking for more of the skull since the part he initially found turned out to be a fragment of the remains of an ancient form of human called Homo Heidelbergensis, which dates back to around 380,000 BC.

During the following year, on Sunday 15 March 1936, he found another part of the same skull close to the spot of his initial find. This time it was the left parietal bone; finally, his hard work had paid off! This, of course, led to much interest in the site and nearly 20 years later on Saturday 30th July 1955, a third piece of the same skull was found.

Barnfield Pit is one of only two sites in Britain which have yielded such amazing human fossils; the other being at Boxgrove, where half a million-year-old Heidelbergensis leg bones and teeth were found. Over the years, the Barnfield site at Swanscombe Heritage Park has been a treasure trove to explorers, yielding over 6000 handaxes, 250 cores, 500 flake-tools and not far off 15,000 pieces of stone tool debris.

The skull was originally assumed to have belonged to a man but over time, the question arose as to whether it was that of a man or a woman. The debate was finally settled and it’s now widely accepted that it was a female skull as, despite its thickness, the size of the fossilized muscle attached to it suggests it was indeed a woman.

The depth at which the bone fragments were found (and the types of axe tools found at the same depth) suggest that she lived long before the Neanderthals and was, in fact, their distant ancestor, despite the skull proportions being similar – The Neanderthals died out a mere 30,000 years ago.

Nowadays, the UK doesn’t have any particularly dangerous animals roaming free but back then, it turns out that there were actually quite a few. Several years ago, a team from the Natural History Museum exploring the site of the Ebsfleet Elephant also found the bones of rhinoceros, lions, and macaque monkeys – Who knew?!

So there you have it, as we’re all starting to venture out on a more regular basis, what better place is there to spend your free time than Swanscombe Heritage Park?