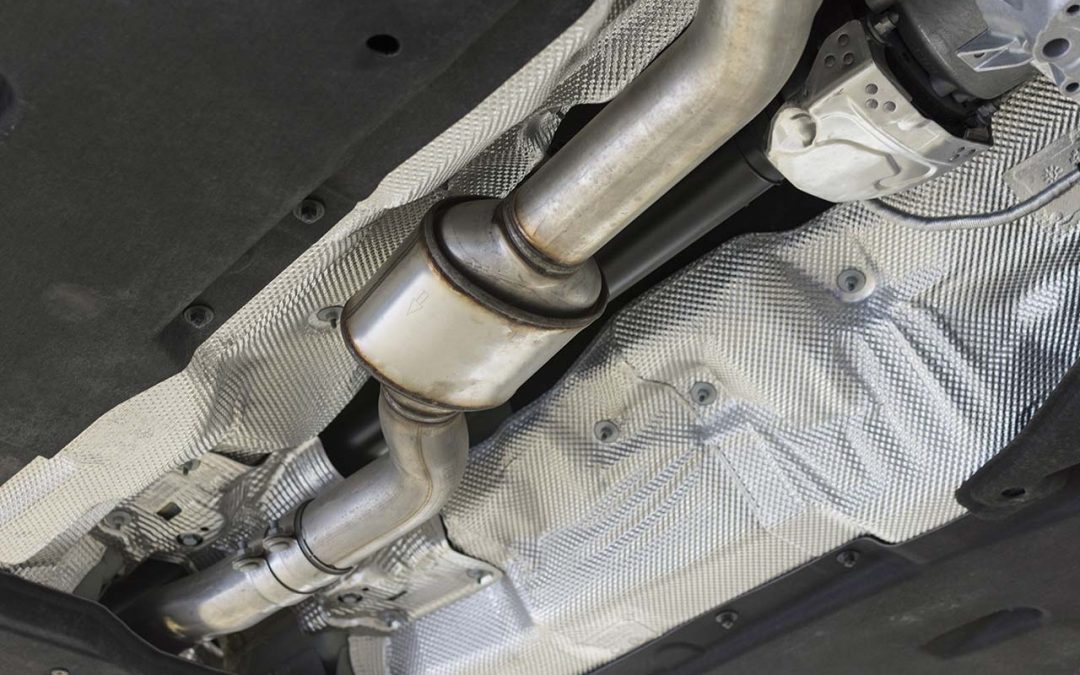 What makes them even more appealing to thieves is that, as they’re on the outside of the vehicle, they’re very easy to get to. Basically, all the thief needs to do is to crawl under the car or van and cut them away from the exhaust system with a portable cutting tool. Typically, they’ll also have either one or two accomplices to help speed up the process. This usually entails one person to jack up the vehicle with a hydraulic jack, one to cut off the catalytic converter and sometimes, a third member to drive the getaway vehicle.

Streamlining their operation in this way means the whole process takes no more than a few minutes, which in turn means there’s less chance of getting court, together with the added bonus of being able to steal dozens and dozens in a single night.

As you’d expect, this type of crime typically takes place at night where cars and vans are parked in remoter locations or in the shadows, thus making them preferred targets. However, there are a few steps you can take to lower your chances of becoming yet another statistic of catalytic converter theft. We’ve already written about the subject in this post, which gives a number of tips to help prevent your “cat” from being nabbed.

An innovative approach from across the pond

If you simply don’t have either the time, money or inclination to take all of the steps mentioned in our previous post, you could try the more basic approach that police in Evanston, Illinois, USA have taken recently. In short, the local police department used the Morton Civic Center parking lot one Saturday morning to offer a free drive-through catalytic converter marking service.

And, it wasn’t high-tech either. It simply involved the cars pulling up and stopping whilst an officer crawled under the car and spray painted the ‘cat’ with red paint. Once done (in only a few seconds) the next vehicle could pull up for the same treatment.

Why is this a deterrent?

It may sound a bit pointless on the face of it but the act of spray painting the catalytic converter negatively affects its resale value thereby making it less attractive to criminals. It also makes the ‘cat’ less easy to sell to local scrap metal dealers who could face prosecution if they knowingly accept stolen catalytic converters meaning that it’s now obvious that a coloured one has clearly been stolen.

The program had previously been tried in St. Paul, Minnesota earlier in the year with fairly promising results so the police are looking to run the same type again at a later date.

It’s quick, cheap and easy to do and it would be great if some forces in the UK could also adopt this approach, if only to test out its effectiveness. After all, catalytic converter theft has soared recently as the metals they contain become even more valuable due to increases in the price of all types of metal. The bottom line is that a can of red spray paint only cost a few pounds, which is a lot cheaper than forking out for a new cat that will set you back literally hundreds of pounds.