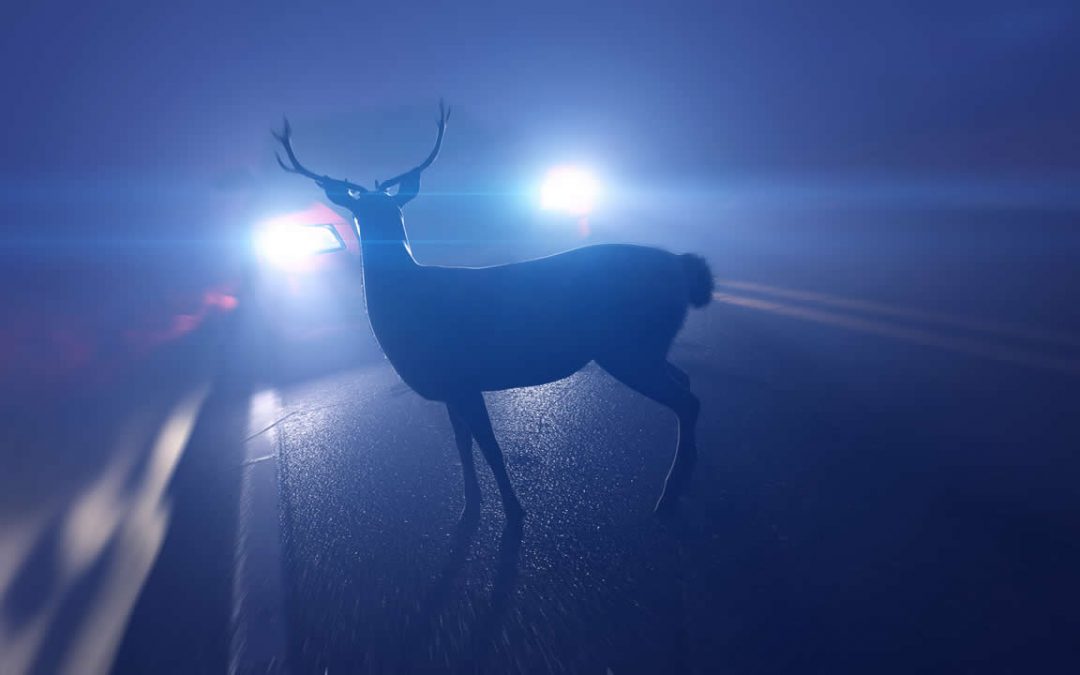 With the clocks due to go back one hour at 2am on Sunday 31st October 2021 (BST to GMT), it means that the twilight rush-hour traffic peaks an hour earlier than before (from an animal’s point of view anyway). Also, it’s the time of year that seasonal migrations occur within the deer population so they’re more likely to be crossing roads during rutting season.

So, what both factors above mean is that it’s the perfect time of year to make yourself “Deer Aware” – If you’ve never heard of the expression before, read on…

According to the AA in a poll conducted last year in 2020, 13,800 drivers who took part said that they’d seen a 16% increase in deer or other wildlife on roads during or since lockdown. More worryingly, this increased to 42% of 18 to 24-year-olds, who were more likely to make evening trips than older motorists. This meant that wildlife in general had been lulled into a false sense of security brought about by quieter roads and country lanes. When it’s busy, they’ll avoid roads as much as possible as the constant noise and bright lights will scare them. Of course, when the roads get quieter, they’re far more likely to venture out of the undergrowth to cross them.

Despite lockdown rules not yet occurring in 2021, the changing of the clocks each autumn poses a constant annual threat to the UK’s deer population, with vehicle collisions being commonplace.

The British Deer Society’s CEO summed it up well by saying:

“Road traffic accidents involving deer are sadly an all too frequent occurrence in the UK as well as in many other countries, especially in Autumn and Early winter. During the breeding season, we would urge drivers to be extra careful especially on roads where there are wildlife warning signs, and also driving through rural areas.”

Precautions you can take – Being “deer-aware”

With 1.5 million deer living in the wild in Britain, it makes sense to be extra-careful on the road, particularly as more deer are on the move during the rutting season. Because of this, you should:

We hope you’ve found the above pointers helpful and please bear in mind if you’re a younger driver with little experience of driving at night, please be especially careful on the roads; not just for yourself and the deer, but for all the other wild animals you’re likely to encounter at one time or another.